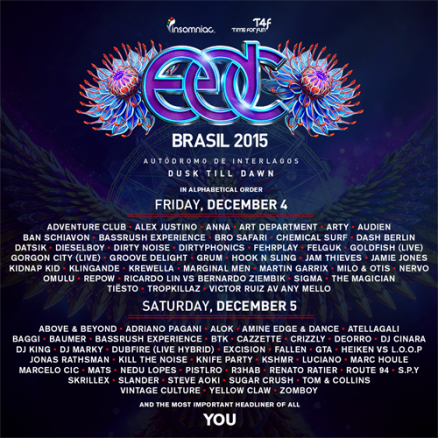 Insomniac announced the incredible lineup of more than 60 artists who will travel to South America to perform at the first ever Electric Daisy Carnival, Brazil. This groundbreaking event will mark the first time North America’s largest dance music festival will debut in South America. EDC will transform the Autodromo de Interlagos in Sao Paulo into a breathtaking destination for fans to experience the most popular acts in dance music on Friday, December 4 and Saturday, December 5, 2015. 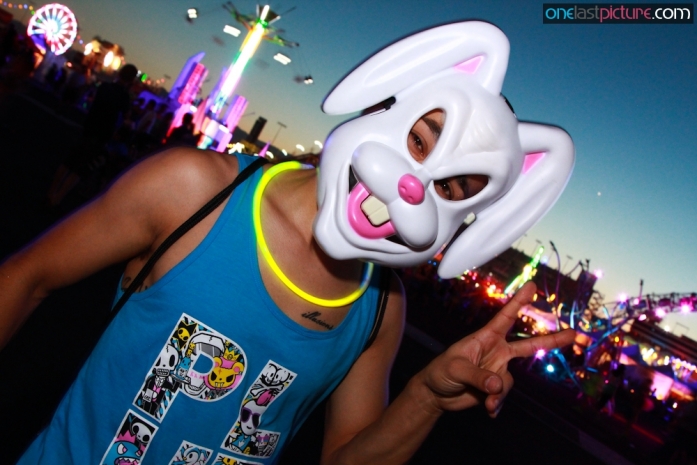 “I feel so fortunate to be able to make one of my longtime dreams come true by bringing EDC to the beautiful country of Brazil,” said Pasquale Rotella, Insomniac Founder and CEO. “The energy in Sao Paulo reminds me of the positive vibes here in SoCal, and I can’t wait to deliver a new experience to our international Headliners!”

The soundtrack to your EDC Brazil getaway starts here:

The Autodromo de Interlagos’ breathtaking grounds will provide attendees with the captivating experience that has made EDC a global phenomenon, while also delivering a perspective that is uniquely Brazilian. Immersed in the stunning city skylines of Sao Paulo, the festival will feature three massive stages, kineticCATHEDRAL, neonGARDEN and bassPOD, outfitted with larger-than-life visuals, state-of-the-art lasers, mind-blowing pyrotechnic displays and much more.

EDC Brazil will also present three of Insomniac’s signature Art Cars, including El Pulpo Mechanico, the classic Pushing Daisies, and EDC Brazil’s reimagined rendition of the boomBox, which will roam the festival for all fans to enjoy. 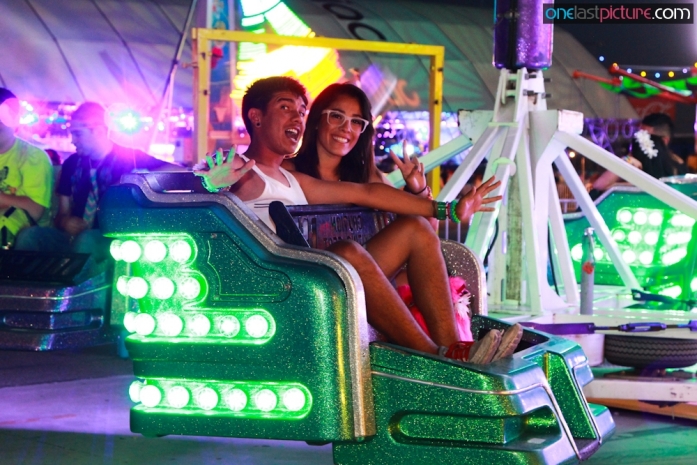 Embracing EDC’s carnival-like atmosphere, full-scale rides such as a Ferris Wheels and high-flying swings will accompany unique interactive art instillations, costumed theatrical performers, and a nightly firework display. EDC Brazil promises to be an event unlike any other the country has ever seen.

Two-day general admission and VIP tickets are available for purchase beginning at $190 USD (R$660) and $390 USD (R$1360) respectively. Layaway plans are available for all ticketing options and can be paid in 3 interest-free installments. Fans can visit http://brasil.electricdaisycarnival.com/en/ to purchase tickets online.