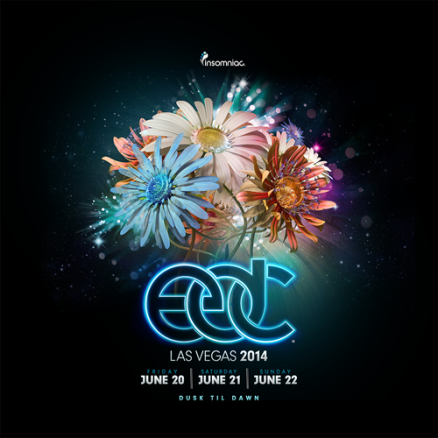 Las Vegas – Months before the festival gates open – and prior to the release of a lineup – today, Insomniac announced that all VIP and General Admission tickets for the 18th annual Electric Daisy Carnival (EDC), Las Vegas have sold out. With more than 400,000 fans expected to fill the Las Vegas Motor Speedway, June 20-22, 2014, the festival will be the largest experience that Insomniac has ever produced in its more than 20-year history and maintains the show’s position as the largest dance music festival in the world. In addition to the impressive number of fans who purchased tickets, this sold out announcement marks an additional milestone for the company, with tickets selling out more than three months in advance, earlier than ever before.

“An event like this doesn’t sell out without the support of loyal, passionate fans, and we’ve got the best ones out there,” said Pasquale Rotella, founder and CEO of Insomniac. “Many of this year’s new elements and surprises are directly inspired by them. I’m so grateful for their dedication, and I want to give them the adventure of a lifetime.”

Fans from all corners of the world have traveled to experience the magical, captivating spirit of Electric Daisy Carnival. The festival’s infectious energy, creativity and overwhelming feeling of acceptance and community drew 345,000 attendees to Las Vegas in 2013 from all 50 states and 46 countries.

In 2013, EDC Las Vegas completely transformed the 1,000-acre Las Vegas Motor Speedway into an unparalleled audiovisual playground for the imagination. With seven massive stages, state-of-the-art lighting design, pyrotechnics and special effects, festivalgoers were able to experience creative production unlike anything seen at any other festival. New visions of stage design came to life at the Kinetic Field stage, which featured a 40-foot tall owl with animated wings spanning 70 feet and LED eyes set amongst towering mushrooms and neon daisies.

The festival featured 500 colorful, theatrical performers and dancers including stilt walkers and the Lollipop Guild who interacted with fans throughout the three-day event. In addition to the many carnival rides and the festival’s marquee Ferris wheels, 25 large-scale, interactive art installations also added to the creative atmosphere. Among the most popular art installations was “The Electric Daisy,” a 125-foot LED articulated moving flower that rose high above the attendees to dance, play, and engage.

According to an independent economic impact report, EDC Las Vegas 2013 pumped an estimated $278 million into the Clark County economy. With incredible growth since its premiere in Las Vegas in 2011, Insomniac has generated more than $621 million dollars for the Las Vegas economy.

Fans are encouraged to travel early to Las Vegas for EDC Week, June 17-23, 2014.  EDC Week marks the celebration of electronic dance music’s takeover of Las Vegas and includes daytime and nighttime events at some of the world’s most celebrated nightclubs and day clubs. Additionally, the weeklong activities include the return of the third annual EDMbiz Conference & Expo at The Cosmopolitan of Las Vegas, June 17-19, featuring some of the world’s most dynamic thought leaders and tastemakers in the music industry today. For the first time ever, EDC Week will feature the premiere of the very first dance music awards show.