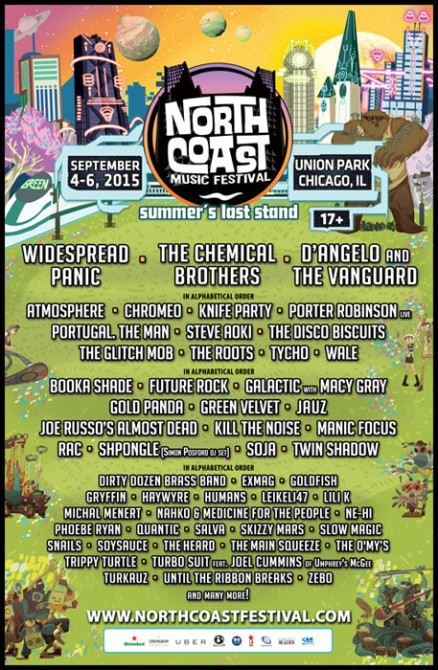 For the 6th annual year, NCMF brings together a more diverse range of genres than ever before, and continues the tradition of pushing emerging artists to the forefront while appealing it’s broad musical scope to an equally diverse crowd.  Returning headliners THE CHEMICAL BROTHERS are back this year after closing the inaugural NCMF in 2010. Additional 2015 headliners include R&B star D’ANGELO AND THE VANGUARD, who is riding high off the release of his first album in fourteen years, plus a very special SURPRISE ROCK HEADLINER that will be announced on Tuesday, May 12th.