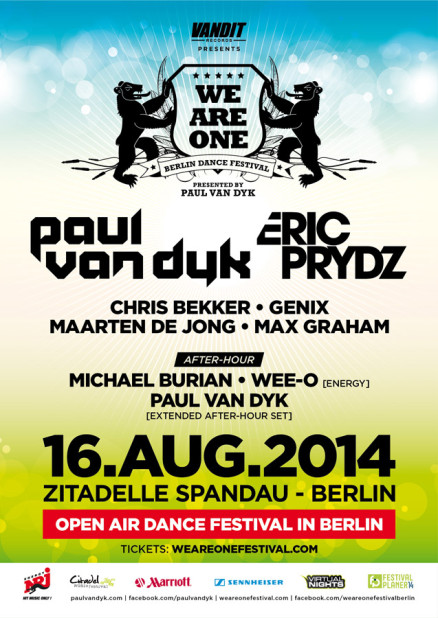 Paul Van Dyk presents We Are One Festival 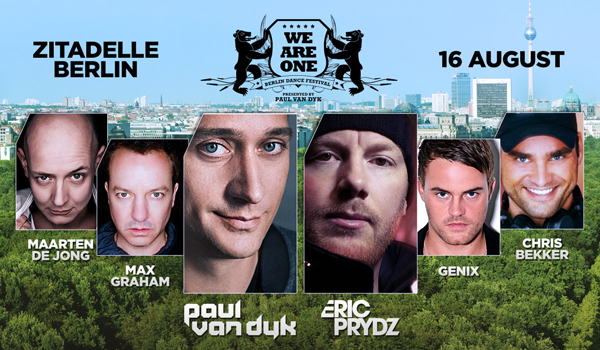 Relocating his unification commemoration from Berlin’s O2 World to the historic surrounds of the Zitadelle Spandau, Summer 2013 saw German electronic music visionary Paul van Dyk take the indoors to the open air. What followed proved to be an immediate high point in the country’s 2013 festival calendar.

Receiving an unprecedented response, We Are One 2013 drew a capacity crowd of electronic music lovers from all corners of Europe and far beyond. Such was the unparalleled reaction to the event – Paul van Dyk’s first outdoor performance in Berlin since Loveparade – that today he is thrilled to announce the 2014 return of the We Are One Festival! Electronic music lightning will strike twice in the awe inspiring Renaissance setting of Zitadelle on August 16th as We Are One 2014 comes alive!

The Zitadelle has proven to be the perfect venue with its exceptional ambiance and will be where WE ARE ONE takes place in 2014. The planning of the new festival edition has started. On August 16th, the following artists will be there: Paul van Dyk, Eric Prydz, Chris Bekker, Genix, Maarten de Jong, Max Graham and many more!