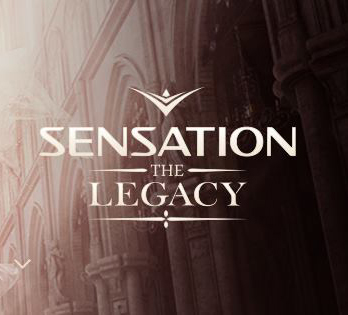 Sensation is celebrating 15 years with an exclusive show that will only take place in Amsterdam. On July 4th,
world-class Dutch artists will gather together in the Amsterdam Arena, the Temple of House, the place
where it all started. Mr. White will not be kicking off the evening, as he is used to – he will get a
superior moment during the show. This time Bakermat starts the show, he knows how to set the right vibe for
the rest of the night. The Dutch Oliver Heldens, Mr. White & The Mix, Fedde Le Grand, Laidback Luke and
Sander van Doorn complete the line up for the exclusive anniversary edition.
It promises to be a mind-blowing spectacle and musicwise this evening will be outstanding.

This year Sensation will go beyond itself. All magical moments from the past will be combined in a brand new
show set to dazzle all senses. This unique show merged with an amazing line up,
will take ‘The Legacy’ to a whole new level.

World-class DJs from the future with a flashback from the past
Bakermat’s sound is a perfect match for the astonishing opening that will set the tone for the rest of the
evening. He knows how to create the right vibe and keep the musical flow going. Bakermat will be followed
by Oliver Heldens, who has become a rising star in less than a year. Heldens’ future house sound makes him
the ideal choice as second name on the bill. Next up will be Mr. White, the host of Sensation. Mr. White
will present ‘The Mix’, better known as the ‘Megamix’.
This milestone, Sensation celebrating 15 years, is a great opportunity for the Megamix to make its comeback
after many years. After this surprising moment the DJ who chalked up the largest number of performances will
follow, he totally mastered the Sensati on Sound – Fedde Le Grand. Next is one of the best DJs in terms of
skills, after conquering the US, Laidback Luke is returning temporarily to the Netherlands to perform a
captivating set at Sensation. The last artist of the evening is Sander van Doorn, who knows how to sweep
the crowd off its feet. Sander will make sure the roof blows off before the last note blasts from the speakers.

Sensation ‘The Legacy’
What began fifteen years ago as a dream to turn a stadium into the biggest club on earth,
is now a worldwide phenomenon. Over two million people in more than thirty countries have come together to
unite in white at the world’s most iconic venues. “The Legacy” represents the journey of Sensation.
Born in Amsterdam and traveling across the globe, Sensation created its own religion.
15 years of magical moments are coming together in the Amsterdam Arena,
where it all started. We invite friends from past and present to create the future in our temple of house.

Music is our religion – Celebrate life is our belief
#bepartofthelegacy