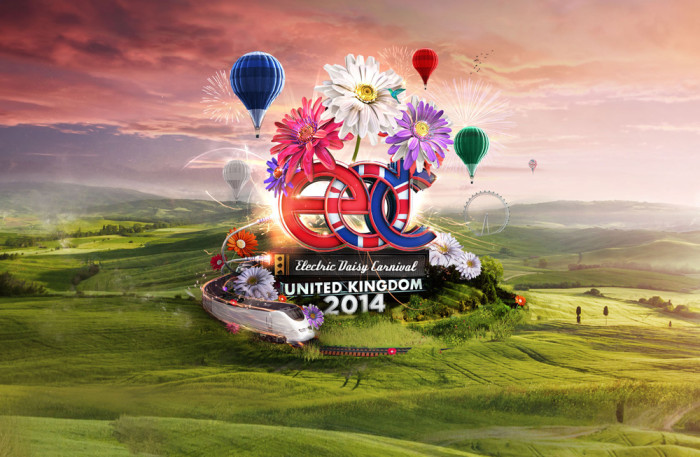 Electric Daisy Carnival will return to the UK

On Saturday July 12 and Sunday July 13, the world-famous dance music festival Electric Daisy Carnival (EDC) will return to the UK for an epic two-day party that will further establish this international event as a highlight of the UK summer calendar. Electric Daisy Carnival UK promises to be even bolder and more spectacular than 2013’s sold out inaugural event, making the trailblazing festival the most impressive show of 2014.

Electric Daisy Carnival UK will transform iconic outdoor entertainment venue Milton Keynes Bowl into a brand new world. Milton Keynes Bowl has hosted concerts by some of the most famous musical acts of all time, including Queen, David Bowie, U2 and REM, Bon Jovi and Metallica, It provides the perfect setting for Electric Daisy Carnival UK and everything that comes along with it, including a line-up that boasts the brightest dance music stars, with stages including Kinetic Field, Circuit Grounds and Cosmic Meadow.

The festival will feature its signature creative elements including state-of-the-art production and special effects, roaming costumed performers and interactive art installations. EDC UK will be a vibrant hub of creative energy and activity, taking fans from day into night. Expect an unrivalled visual experience, as Electric Daisy Carnival UK presents the biggest LED show, never seen before in the UK for one weekend only, and takes pyrotechnics to a whole new level.

The line-up is as impressive as ever, reading like a who’s who of electronic music. On Saturday July 12, arguably the biggest and most successful global star of 2013, Avicii, will take over the decks of the Kinetic Field, while house music hero and one of the most prominent acts in the history of electronic music, Steve Angello, will also play, as well as US electro house star Steve Aoki, plus Nicky Romero, chart-storming Martin Garrix and bombastic brothers Showtek. 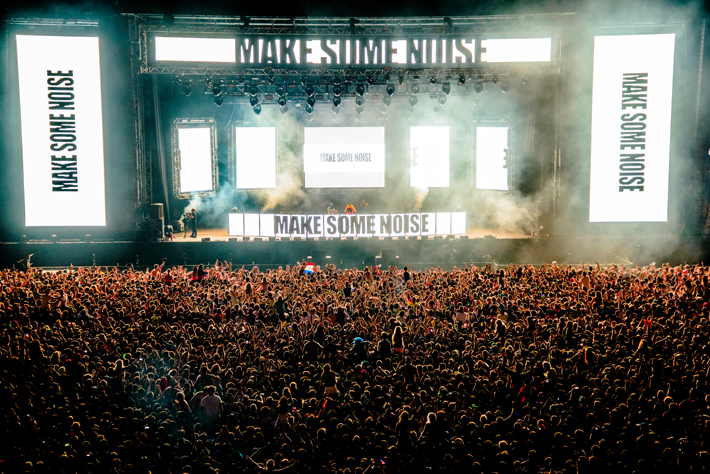 The UK’s very own Calvin Harris takes to the Kinetic Field stage on July 13, along with legend Fatboy Slim, the unstoppable Dimitri Vegas & Like Mike, dancefloor-destroying duo NERVO, Dutch DJ of the moment R3hab and Carnage. The focal point of the festival, the Kinetic Field stage will be bigger than ever, with all the out-of-this-world production that can be expected from an EDC event.

Expect fireworks, foods from around the world, dancers, performance artists, costumes, sound, light and creative energy. There will be carnival rides and dramatic décor and fans are encouraged to dress up and make this their most special day.

“Every time I think back to the last summer, I’m humbled that over 50,000 fans showed up to share their amazing energy and enthusiasm during our first international show, EDC in the UK. Because of their amazing support we’re bringing the festival back for its second year and, it’s going to be bigger and brighter than before. Milton Keynes Bowl is such a world-renowned venue and we’re excited to transform it into something that’s never been seen before,” Pasquale Rotella, Founder and CEO of Insomniac.

One of the UK’s longest-running, most respected frontline promoters of electronic music, Cream has built an unprecedented reputation for hosting some of the best events the UK has to offer, including Creamfields festival, which has amassed a global following and is considered a badge of honour for all who play there.

The illustrious and iconic Milton Keynes Bowl will feature theatrical elements, performers and dance troupes, and fully immersive arts installations for Headliners to enjoy. Immerse yourself in the multi-sensory wonders that make Electric Daisy Carnival events so completely unforgettable. Electric Daisy Carnival UK will be a multi-faceted, vibrant, pulsing hub of energy and activity.

An experience to remember forever, Electric Daisy Carnival UK is the very best of days. 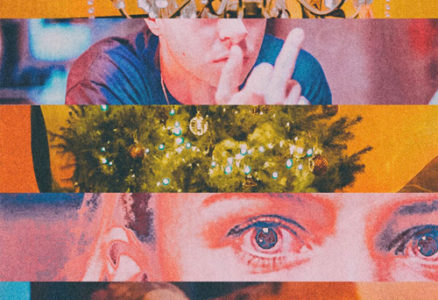