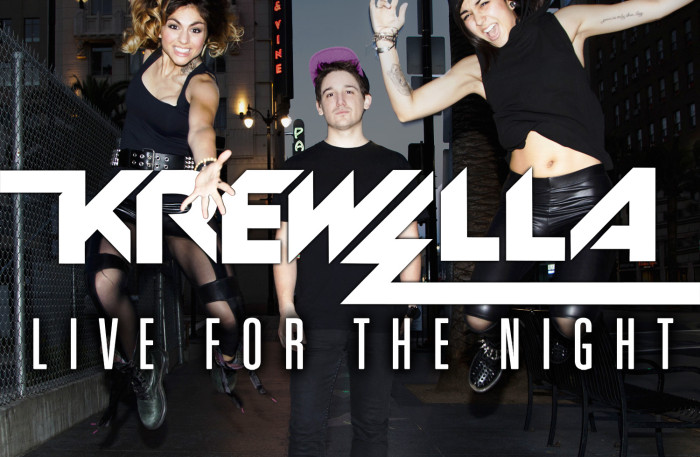 Firstly, guys thank you for taking the time to chat with us

Have you ever been in Germany or Berlin before?

Yasmine: In Germany , we were 2 and Jahan was 4, so we were very young. Our Mother is half german, so we are quart german, so it was a long time ago …

Ever together with Krewella?

Yasmin: No the last time we were Babies, we didn’t know Kris yet J

Congratulations on the sucess of your Album ‚Get Wet’ …

Did you expect the Album to reach this level of sucess?

Jahan: No … we hoped … but i don’t think we ever expected it.

Yasmin: I’ts hard sometimes when you are making a album,  you wanna believe that everyone ist gonna love it, you know there is gonna be people who really can’t stand it and don’t related to it, so i think that we were very happily surprised that a lot of people loved it.

How long have you work on your album?

…so your take your time for this?

Kris: Well, we put out a EP ‚Play Hard’ a year before, that was in June of 2012, so than after that we started to work on the Album so it have been around 14 months of production.

What about working with other artists? You already had huge collaborations with artits like Headhunterz or Nicky Romero, so what was your experience?

Jahan: The track with Nicky Romero is very interesting because we weren’t physically in the studio with him was all through exanching tracks online … he send us the instumental of ‚Legacy’ and we wrote over that, we wrote in the studio and we send it back to him and he fell in love with it. We exanched everything online what is very rare…

Jahan: no, ist was everything online … thats how yeah … ist 2013! Ist how we work sometimes back in L.A. when we are in the same city, Yamine and I are living together, we send the track through E- Mail to Kris or a vocal, we start making a Demo…

Kris: It’s better so I don’t have to see them

Jahan: …yes otherwise we can make each other crazy in the studio (Laughs)

…. so you can be probably in two different countries or continents, Nicky Romero lives in the Netherlands …

Jahan: yeah! Nicky was in the Netherlands and we were in Australia on Tour

Now I have a question from a Fan:

With which artists would you love to record/produce a Track?

Jahan: Okay let’s start with dance-artists and then the other ones: Above And Beyond, Armin Van Buuren, we love Trance J

Yasmin: Netsky, we are big Drum’n’Bass Fan, Pegboard Nerds … we already did a Track with then  but to do another one with them will be great… outside oft electronic music we have a few dreams …

…not only EDM artists …

Yasmin: exactly… outside of electronic music: Linkin Park, System Of A Down…

Yasmin: She would outsing us …

Kris: I wanna to do a Drum’n’Bass remix of ‚Skyfall’ …the Acapella is not out there L

What are your expectations about the german crowd?

Jahan: I dont even know… ist always a surprise thats the thing about going performing in a different country its actually a surprise, the second you get on stage thats where you find it out…

We’ve been asking questions like all day: ‚are we played on the radio?’ apparently we are not played that much on the radio here, what kind of Dj’s comes trough?,  is there a big scene for music?, we usually try do that when we are going to a new city , just to get a feel for what it will should expect, but i just hope , we have our Fans here and no matter what country it is as long they know the songs and they are singing along not matter what lenguage they speak thats all we can ask for …people to sing along and dance.

What is the first thing that comes to your mind when I say ‚Germany’?

Yasmin: Good beer .. mhm what else .. we have family here

Yasmine & Jahan: Is he german?

Well, everyone thinks he is from the Netherland ….

Yasmin: …because everyone comes from the Netherlands!! (laughs)

Jahan: What else … amazing chocolate, lots of history, I feel I always had this fairytail image of Germany and Austria, i think it is about the sound of music was from one oft he first movies i ever saw as a kid, I just had this beautifull image of countryside in Germany.

Did you have time to walk around?

What can we expect from you after the Tour? Probably a second Album?

Yasmin: We already start the working on it, it will be anytime soon probably …

Will you take free time for example for vacacions ?

Yasmin: No, no free time, a couple of days off here and there

Kris: we just stayed three days in Chicago with our families, that was our vacacion! J

Probably more collaborations with other artists … ?

Yasmin: Yeah we have a couple we cant really talk about , ist a secret! 😉

Thank you very much for the interview and hopely you will come back soon to Germany! 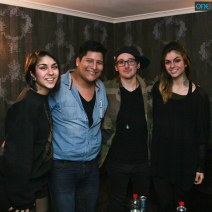 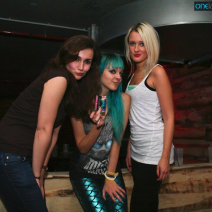 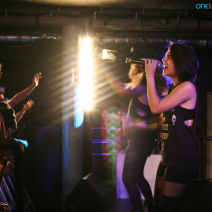 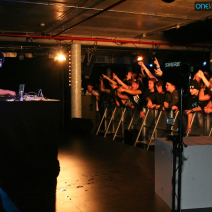 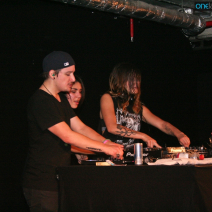 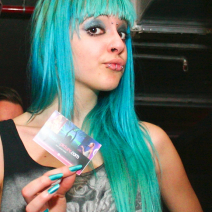 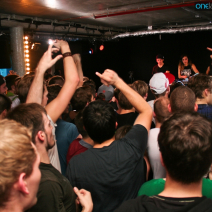 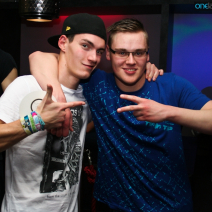 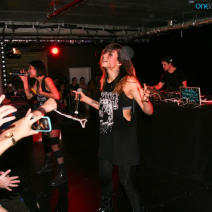 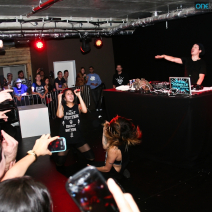 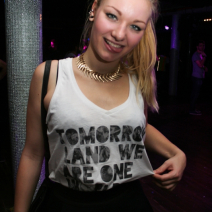 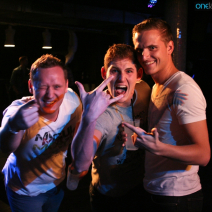