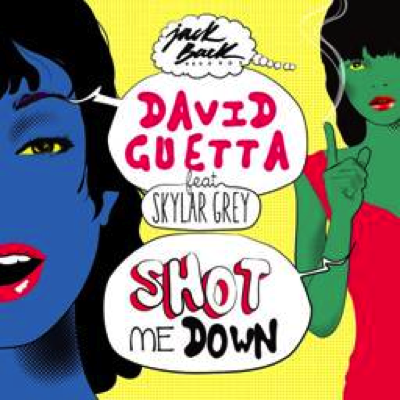 David Guetta releases an exclusive new club track ‘Shot Me Down’ featuring Skylar Grey TODAY, Monday, January 20th. While currently working on his 6th studio album, Guetta will be releasing a series of beats designed purely for the dancefloor on his Jack Back Records label, available exclusively on Beatport for one month.

The first, to kick off 2014 in style, is a brand new collaboration featuring Skylar Grey which has been road-tested from Vegas to Miami and on his phenomenal Brazilian tour. Due to popular demand venues had to be up-scaled last minute, seeing him perform to over 150,000 fans across 10 dates . ‘Shot Me Down’ is created for the clubs and exudes his trademark kick that sends his fans into a frenzy. Reworking the chorus of Nancy Sinatra’s classic ‘Bang Bang’, Skylar Grey’s vocals compliment Guetta’s energy perfectly, giving the track all the ammunition it needs to be a sure-fire club smash.