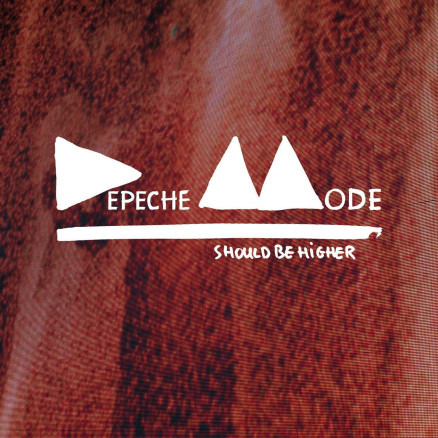 October 15, 2013 (New York, NY) – Depeche Mode have released remix packages for their latest single “Should Be Higher,” off of their 13th studio album Delta Machine, which is out now on Columbia Records. These remixes are now available globally – see information on the various packages below.

Depeche Mode just concluded the North American leg of their highly-acclaimed THE DELTA MACHINE WORLD TOUR, delivering unforgettable, sold-out performances in 21 cities across the continent. The New York Times raves, “Depeche Mode is the Pink Floyd of synth-pop…He (Dave Gahan) ate the stage – sashaying and stutter-stepping to the front and sides with hand on hip, whirling with his microphone stand raised.”

Watch the incredible Anton Corbijn-directed video for “Should Be Higher”

which features live footage from their explosive live shows.

Should Be Higher Remix Packages:

Delta Machine, Depeche Mode’s 13th studio album is out now on Columbia Records. The album, recorded in Santa Barbara, CA and New York City, was produced by Ben Hillier and mixed by Flood. With their new release, Depeche Mode continues to be one of modern music’s most influential groups. Formed in 1981, Depeche Mode – Martin Gore, Dave Gahan and Andy ‘Fletch’ Fletcher – have won critical and commercial acclaim around the world both in the studio and on the road.  The band’s 12 albums have reached the Top Ten in over 20 countries, including the U.S. and United Kingdom, and have global sales in excess of 100 million.

Praise for Delta Machine:
“Delta Machine is the strongest album the group has put out this century…  [Depeche Mode] still feels fresh 13 albums into their career.” –Entertainment Weekly

“One of the best recordings in Depeche Mode’s catalog, and maybe even the best. It’s impressive to see a band get so far into their career without losing their desire to experiment and explore, or their ability to surprise.” –Esquire

“The British electronic group that continues to dominate the movement it pioneered 30 years ago delivers a hefty, exhilarating combo of pop precision and industrial clank on its 13th album.” – USA Today