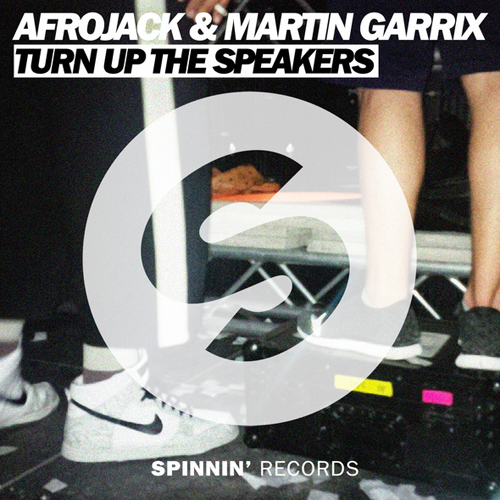 Buy “Turn Up The Speakers” on Beatport
http://www.beatport.com/release/turn-up-the-speakers/1357782

This might just be the team-up of the century. The legendary Afrojack joins forces with dance music prodigy Martin Garrix on Turn Up The Speakers. The result is an enormous main stage, peak time, big room breaker of the highest possible quality. What can we say, it doesn’t get any bigger than this!

The princes of Dutch House royalty, Martin Garrix and Afrojack have finally delivered their first official collaboration on Spinnin’ Records with the monstrous track “Turn Up The Speakers!”  Follow the #AfroGarrix and #TurnUpTheSpeakers campaign by going to the duo’s brand new website, http://www.afrogarrix.com/.

It’s an infectious release on Spinnin’ Records from a truly unstoppable Dutch house team effort between super-talented Martin Garrix and Afrojack – “Turn Up the Speakers” is the hit collaboration of the year! Brisk synths propel this energetic record sky-high, making for dizzying drops that feature tight, trumpeting horns and grand, booming percussions.  With support coming from David Guetta and Dimitri Vegas & Like Mike who spun the cut in each of their Tomorrowland sets, this single is a triumphant tune that’s rhythmically fearless!  Whether it’s a warehouse rave or festival mainstage, “Turn Up The Speakers” has a signature, hard-driving style that breaks the sound barrier and fills dance floors to capacity!

Afrojack has become a household name around the world thanks to his innovative work with Ne-Yo, Beyoncé, and of course his smash hit “Take Over Control” with Eva Simmons which charted in 10 different countries. Continuing this tradition of world domination, Afrojack has consistently landed in the top 10 of DJ Mag’s top 100 DJs list since 2011 and he shows no signs of coming down from those ranks.  Martin Garrix is the Netherlands’ musical wonder prodigy who’s stormed onto the scene in 2013 with his viral hit “Animals” faster than anyone could anticipate.  Since then, dance music’s golden child has gone on to tour the world and has produced a string of hits including “Proxy”, “Gold Skies” with Sander van Doorn & DVBBS, and “Tremor” with Dimitri Vegas & Like Mike.  In 2014, this astounding new talent has gained a reputation of offering a ruthless set that brings the heat, blowing away crowds in Coachella’s famed Sahara Tent as well as mainstage performances at Ultra Music Festival and Tomorrowland.