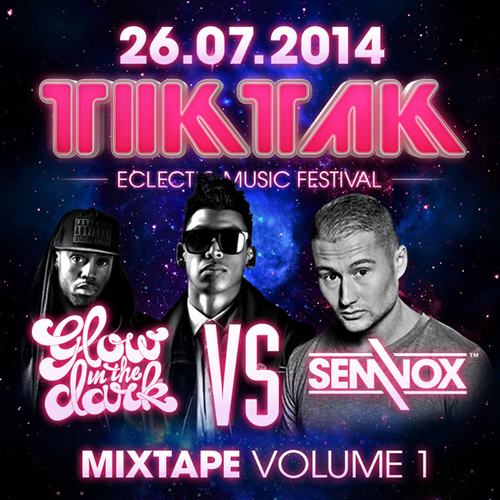 Amsterdam, 26th June 2014-Only a couple of weeks to go and then the long-awaited TikTak Festival kicks off at the Arena Park in Amsterdam. The Netherlands’s largest eclectic dance festival is preparing for a day of show and spectacle and is releasing today the official ‘ TikTak festival mixtape ‘. The mixtape has been created by GLOWINTHEDARK and Sem Vox who during this festival edition will be performing back 2 back. The original and typical TIKTAK sound, aimed at bridging the world of hip hop, staircase and EDM comes in this mixtape straight to the forefront and will be enjoyed by music lovers everywhere. Get in the mood and listen/download the mixtape here: