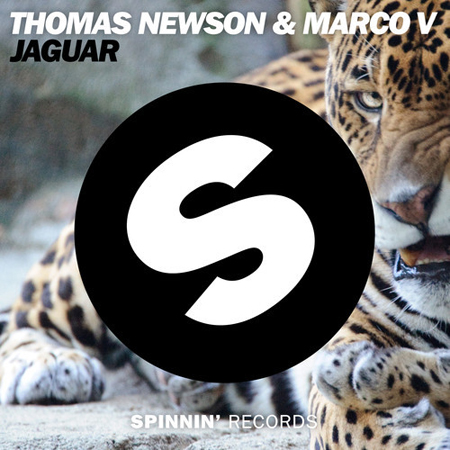 Man of the moment Thomas Newson teams up with dance music legend Marco V – who by the way is also his father – to bring you Jaguar. The result is a HUGE big room effort with massive authority. A true main stage rocker. Think incredible string section builds, thick beats and proper mayhem after the drop. Big room to die for!

19 year old Dutch wunderkind Thomas Newson appears to be living the dream. Not only has he received incredible support from the likes of Hardwell, Avicii, Tiesto, W&W, Afrojack and many others. “Flute”, his collaboration with New World Sound, gained massive radio airplay worldwide and was praised for its innovative integration of the flute into dance music. This past year has seen Thomas go form strength to strength releasing tracks and remixes on labels like Spinnin’ Records, Musical Freedom, and Revealed,, which propelled his deejay career along the way and has gotten him high on the watch-list of many key players in the dance music industry.

Who’s your daddy?
The word is out: it’s the legendary Marco V. Marco started out his career in the late 90s as part of the DJ-duo Southside Spinners. Soon after he went solo playing his first gig of importance at ID&T’s Innercity in 2000. Two years later he released his first vocal hit single “Godd”, which quickly pushed his career sky-high. Since then, he’s been playing all major clubs and festivals in the world, and has released a never ending string of high impact dance anthems like his most recent release “Back in the Jungle”. He’s been rewarded for his work -both DJing and producing- on many occasions, and has become a menthor for future dj/producers along the way.

With “Jaguar” Marco and Thomas deliver a main stage rocker that will soon enter all major charts and be played in clubs and festivals worldwide.