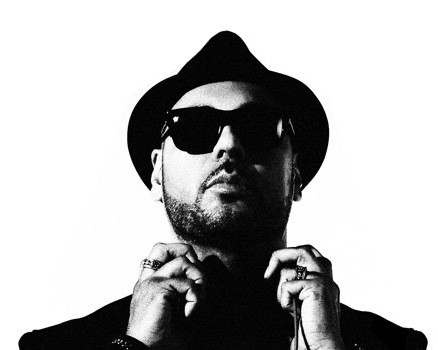 Following the hugely successful “Troubleman” release and his recent “Release Yourself ‘13” compilation, Roger Sanchez has announced details of his new single, “My Roots.”

The second single from his forthcoming new album entitled Roots, this track is a stunning piece of retrofitted house that represents the renewed direction Roger’s music has taken over the past year. The hypnotic vocal and bumping bassline harks back to classic New York house, but the delivery is pure 2013.

“Everything is there — tribal overtones, and hints of salsa that make the deep track a true dance floor rattler.” -Huffington Post

Sanchez states how “There is a rebirth of underground house music and a new, young audience that is discovering this sound and really looking for deeper and sexier sounds and vibes… I think that dance music has grown and matured, especially in the United States but also globally, and audiences are really looking for more variety and depth within the genre.”

In keeping with both the sound and meaning of “My Roots,” the music video directed by Sherif Higazy, a film student at University of Southern California uses striking animation featuring a range of instantly recognisable New York iconography. During an exclusive interview with Huffington Post, Sherif explains what drew him to the project: “Roger’s career started with him browsing through record stores and picking out vinyl to play and mix, which is such a far cry from the digital process of uploading, sharing and producing music today. The juxtaposition of the physical vinyl of a past era and the completely digital mp3 of today became the thematic backbone of the video. Since this track is Roger’s return to an old school sound with a contemporary twist, I felt that the image of a physical vinyl rendered digitally illustrated that idea quite neatly.”

Roger remarks, “The initial concept I had was to create a series of graphic stills based on my love of street art and also to depict different elements of the roots of my music and have them ‘come to life.’ What Sherif did was to bring in additional layers: playing with black and white as well as vivid colors and working with a creative artist who literally paints people into a graphic still life.”

Hand-picked by Roger, the well-rounded remix package takes in a number of different sub-genres. Currently one of Roger’s favourite producers, Technasia turns in a fantastic techno mix, Sonny Fodera takes a slow and deeper route in line with his reputation as one of the fastest rising stars of underground house, and Alexei & Carlos Kinn bring a Latin/tribal feel with their tech house remix.