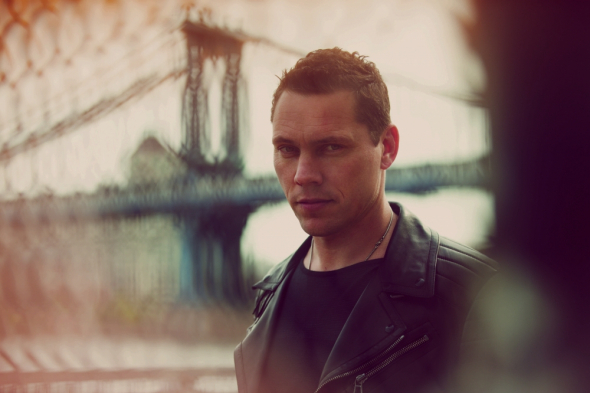 Today, December 17th, dance music titan Tiësto releases “Red Lights,” the first single to be taken from his forthcoming album, which is set for release in 2014. The single received its world premiere on dance music tastemaker Pete Tong’s renowned BBC Radio 1 show on Friday night, November 29th. Following the BBC Radio 1 premiere, “Red Lights” received plays on more than 70 stations in the US, assuring this will be Tiësto’s biggest airplay track ever.

Providing a first taste of what fans can expect from the aforementioned album, “Red Lights” is a rapturous blend of dance production and melodic songwriting. Fusing acoustic and electronic instrumentation, the winding guitar riffs and soaring vocal hooks counterpoint the driving drum line and euphoric synth progressions to create an anthemic track that is as poignant as it is infectious.

The announcement of the new single rounds off another great year with the promise of a lot more to come from one of this generation’s most influential and revered dance acts. Juggling a constant tour schedule with a slew of new releases on his own Musical Freedom label, as well as volume 3 of his burgeoning Club Life album series and a host of remixes, Tiësto has continued to assert his irrefutable and on-going dominance.

These achievements were recognized during this year’s Amsterdam Dance Event when he was awarded the inaugural “Top 100 DJs Legend Award” in the 20th year of DJ Mag’s world-renowned poll. This prestigious achievement came the night after he played a triumphant homecoming set at the 15,000 capacity Ziggo Dome stadium.

Although currently focusing much of his time in the studio on the production of his much anticipated studio album, Tiësto will embark on a much-anticipated ”Greater Than” tour of the UK with Calvin Harris in December before closing out 2013 with a string of performances in the United States.

About Tiësto
Tiësto is a performer who has transcended musical genres to create a global “Tiësto” brand. His achievements include: a Grammy nomination, numerous MTV awards, performing at the opening ceremony of the 2004 Athens Olympic Games to an audience of billions, and even a wax statue at Madame Tussauds. With over 15 million friends on Facebook, 2 million followers on Twitter, over 400 million views (and one million subscribers) on YouTube, his globally syndicated Club Life radio show as well as his Club Life iTunes artist podcast (#1 music podcast globally), Tiësto has truly become a universal phenomenon. Voted ‘The Greatest DJ Of All Time’ by Mixmag in 2011, the #1 DJ by Rolling Stone and recipient of DJ Mag’s first ever “Top 100 DJs Legend Award,” Tiësto has worked with superstars such as Kanye West, Bono, Coldplay, Katy Perry, Yeah Yeah Yeahs, Gotye and many more.