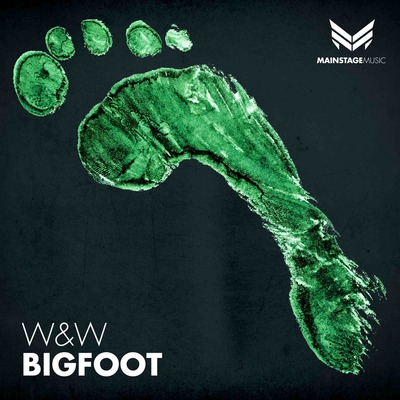 Whether it’s associated with the most feared monster truck of all time or an abominable Yeti snowman, “BIGFOOT” has long been the symbol of power and monstrosity that rises above everything else. Now that the big fella has hit the dance floor courtesy of W&W, you can head over to iTunes and tame your very own “BIGFOOT.”

Rocketing to #1 on Beatport, “BIGFOOT” is an ice storm of smothering sound that builds with pulsating synths before the mountain cracks under the weight of a titanic drop. W&W’s “The Code” was largely regarded as the track of Miami Music Week and Ultra 2013, and with “BIGFOOT,” W&W is making some serious noise this winter.

“BIGFOOT” marks W&W’s first release of 2014 and continues on from 2013’s massive wave of success that saw them reach #14 on the DJ Mag Top 100 DJs poll.  From staggering #1 chart-positions on “The Code,” crunching collabs (including “Jumper” w/ Hardwell), devastating remixes (highlighted by Armin van Buuren ft Trevor Guthrie “This Is What It Feels Like)” and the renowned Mainstage Radio show, W&W is one of the most exciting acts in dance music today. They even performed post game for a crowd of 10,000 fans at Citizens Bank Ball Park in July with a return planned for the upcoming season.

Keep an eye out in the coming months for info about new W&W releases and North American tour dates.