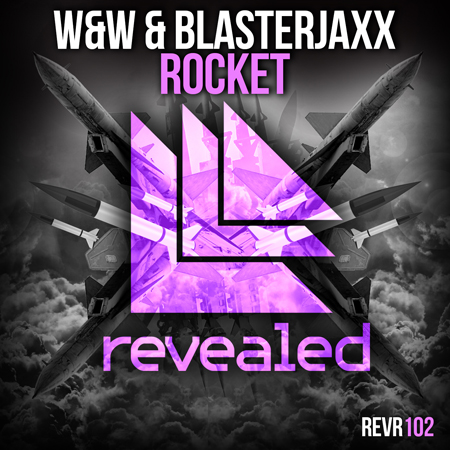 W&W and Blasterjaxx team up on “Rocket”

Out today on Revealed Recordings

NASA may have cut the Shuttle program but dance music fans can still take a heady trip deep into space thanks to the intergalactic planetary collaboration between W&W and Blasterjaxx called “Rocket.” It blasts off today, April 21, on Hardwell’s Revealed Recordings.

W&W and Blasterjaxx both make music for the biggest stages on their own, so when they come together the result is simply madness. Rocket launches out of the gates with an arresting synth line that plunges into a downright sinister drop. One you’ll be experiencing at festivals all summer long.

“Rocket” comes on the heels of W&W’s smashing Ultra main stage performance and the release of their recent solo production, “BIGFOOT.” It’s all hits for W&W – ‘D# Fat’, their highly acclaimed collaboration with Armin van Buuren, the massive ‘Jumper’ with Hardwell, Beatport #1 smash ‘The Code’ with Ummet Ozcan (which became the most played track of Miami Music Week 2013), their chart topping remix of Armin van Buuren’s ‘This Is What It Feels Like’ feat. Trevor Guthrie and the official AMF (Amsterdam Music Festival) anthem ‘Thunder.’

Blasterjaxx (aka Thom Jongkind and Idir Makhlaf) are considered to be one of the fastest rising stars in dance music.  Hot off their placement on the DJ Mag Top 100 list, only a mere three months after playing their first international DJ gig, Blasterjaxx, recently completed its debut headline tour of North America. On the production front Blasterjaxx kicked off 2014 with releases including #1 Beatport smash “Mystica,” “Titan” (with Bad Dimes), “Astronaut” (with Ibranovski), another Beatport #1 with Hardwell’s edit of “Fifteen” and most recently “Echo” on Protocol Recordings.